What Were Croydon Voters Thinking?

The sad thing is many who will suffer the most under high food and gas prices could have really used that $1000-$3000 savings in their property taxes if the $800,000 budget remained.

Will you follow people blindly you only hurt yourselves. 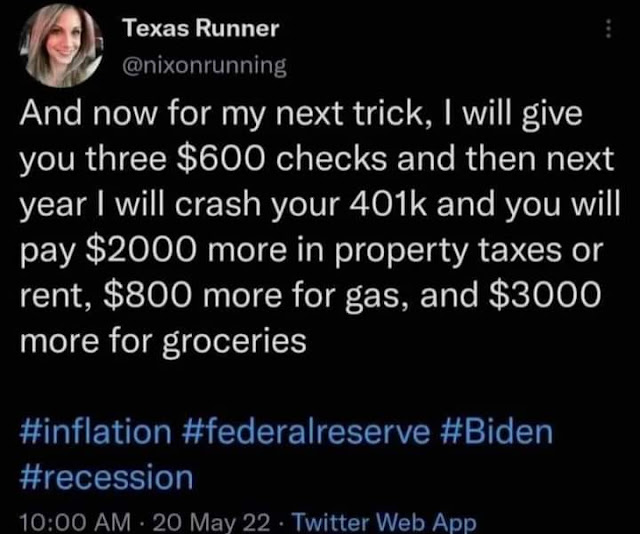 The Five Lies that had to be Accepted to vote Yes for the 1.7 million Dollar Budget

1.  Little Red would be closed.  The school board repeatedly said Little Red would not be closed.  Instead the rumor continued to be spread by the We Stand for Croydon Students crowd.  It was fear mongering plain and simple.  Sheep won't ask questions, they will follow the crowd.

2.  Deficit spending will cause taxes to go up next year.  Actually, no it would not have, but hey lies will get people to vote against their own interests.  It is like the tree voting for the axe.

3. Prenda would not provide as good of an education as the current model.   Newport School is 84th out of 89th in New Hampshire and Little Red is Croydon Village School is ranked #252-267 out of 425 elementary schools.   Our schools are failing to educate our children.  10-14% of students are achieving proficiency in math at Newport, it is no wonder that the We Stand For Croydon Students Children crowd was so easily able to manipulate people into voting for the higher budget.     $10,000 per student is generous, $22,000 per student is not only greedy but illogical when students perform so poorly.

4. The 1.7 million budget was only going to cost an extra $100-$300 dollars a year.  That was a lie that amount is on top of what taxpayers already pay annually towards the schools.  I suppose if someone was not the one writing the checks for their property taxes or taxes are taking out in escrow someone could easily fall for the lie.    It is surprising how easy it is to get the chickens to vote for Colonel Sanders.

5. School choice would go away.  The Stand Up For Croydon Students kept shouting that but that was a lie.  $800,000 budget allowed for even more choices than before.    The crowd did not want to hear anything about that. With the help of outside organizations who wanted to protect a broken system they made sure people did not get that message.

The NEA and AFT and their members had a big influence with time and money to fight for the $1.7 budget.  They were the biggest winners.  It certainly was not the taxpayers of Croydon or the children. The children are still locked into a failing school system with no plans for improvement other than keeping the status quo.

The ones who actually cared about education were the ones who said it is time to try something new instead of keeping the same broken system.

The World is in Need of more Ian Underwoods

Another outstanding article by the brilliant Ian Underwood.    The following article appears in full at Granite Grok.

"At Wednesday’s school board meeting in Croydon, a former school board member and current math teacher — the latter detail turns out to be important — stood up to say that he is ‘happy to help pay to educate other people’s children.’

Put a few thousand in, take fifty thousand out.  In what sense is he helping to pay for anything?

To put that a different way, ask yourself:  If you put $3 in the poor box, then reach in and take out $50, in what sense are you helping the poor?

Of course, maybe he means he’ll be happy to keep paying even after he’s paid back what he’s taken from the town.  When would that start?

As Richard Mitchell might say, the really interesting question here is whether this guy understands what he’s saying, or doesn’t understand it. In either case, you can at least be happy that he’s probably not teaching math to your children."

This cartoon reminded me of Saturday's meeting.  Group think is dangerous.     I wonder how many people actually analyzed the whole situation or did they just listen to the lie that Little Red would be shut down if the $800,000  budget remained.

With retirement accounts taking big hits, gas prices being an all time high, and food prices being high; I can't help but wonder how some of these people will feel when their December tax bills come due.

"One Hundred Authors Against Einstein was published in 1931. When asked to comment on this denunciation of relativity by so many scientists, Einstein replied that to defeat relativity one did not need the word of 100 scientists, just one fact." 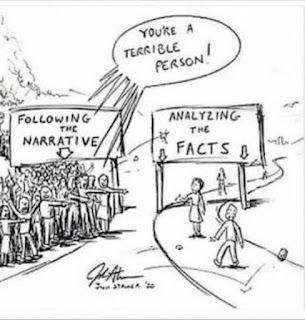 Newport Middle and High School is ranked #84 out of 89.

A parent asked me, "Why do you care if we want to send our children to a failing school?"  Someone should care and as a taxpayer I care.  On May 7th Croydon we had an opportunity to do better for our students.   377 people spoke, they want to keep the status quo of failing schools and high taxes.  264 people stayed home because they hoped for better opportunities for Croydon Students.  Apparently two people did not get the message to stay home.
Cathy Peschke
Posted by Cathy Peschke No comments:

Email ThisBlogThis!Share to TwitterShare to FacebookShare to Pinterest
Labels: Croydon, Education Spending/School Choice, Educational Freedom, It's a spending problem not a funding problem., May 7th

Ian Underwood has another fabulous article on Granite Grok.

Your House is My ATM

An interesting thing happened in Croydon on Saturday. At a special school district meeting, 377 people decided that the voters who attended the annual meeting in March hadn’t offered enough charity ($800,000) to parents of school-aged children, so they gathered to extort more (an extra $900,000) through the threat of force (give us the money, or we’ll take your house).

One parent, who had already been offered $27,000 for tuition for his children at nearby public or private schools, insisted that he needed an additional $27,000. After the end of the meeting, he said that he had ‘never been prouder’ of his town.

He didn’t seem very concerned about the people from whom the money would be taken, or that over the course of their schooling, his children would cost the town more than $700,000.

Taking the money by force wasn’t unusual. It’s just the same kind of Marxism that happens in every district, every year.

As usual, the object lesson for the children of the district was that what you can’t do as an individual, with a gun, you can do as part of a gang, with a ballot. The first is robbery, which is bad. The second is democracy, which is good.

How are you supposed to raise moral children in a society that operates this way?

Anyway, what made Saturday unusual is the vote, which was 377 to 2, because the 40% of registered voters who believed that their money was their money boycotted the special meeting.

You can read the rest of the article by clicking here.

Croydon Had a Unique Opportunity

Croydon had a unique opportunity to reform public education to ensure its long-term viability.On May 7th, we squandered that opportunity."We Stand Up for Croydon Students" ran a tremendously effective campaign to persuade 377 voters to overturn the town hall budget.  This campaign, successful at its immediate goal, depended heavily on outside influence - the very sort of outside influence a recent NEA video hypocritically warned us all against.Did our town enter a Faustian bargain with these outside groups?  What are the long-term consequences of this invitation to meddle?The methods of this campaign have left a stain of hostility on our community.  The NEA, AFT, and other self-serving influence peddlers will pack up and move on to their next target, leaving the people of Croydon to pick up the pieces.It didn’t have to be this way.As fiercely as I disagree with some members of this community, I truly believe that, left to our own devices, residents on both sides would have run a more amicable and civil campaign. The final vote may have remained the same, but we would not be faced with possibly years of senseless acrimony whose creation was standard operating procedure for the meddling outsiders, who in no way need bear its cost.Croydon’s fate must now, and forever more, be the domain of Croydon residents, and residents only.  No spoon is long enough to safely work with these outside groups.

Email ThisBlogThis!Share to TwitterShare to FacebookShare to Pinterest
Labels: Croydon, Croydon School Board, It's a spending problem not a funding problem., May 7th, Special Meeting
Older Posts Home
Subscribe to: Posts (Atom)